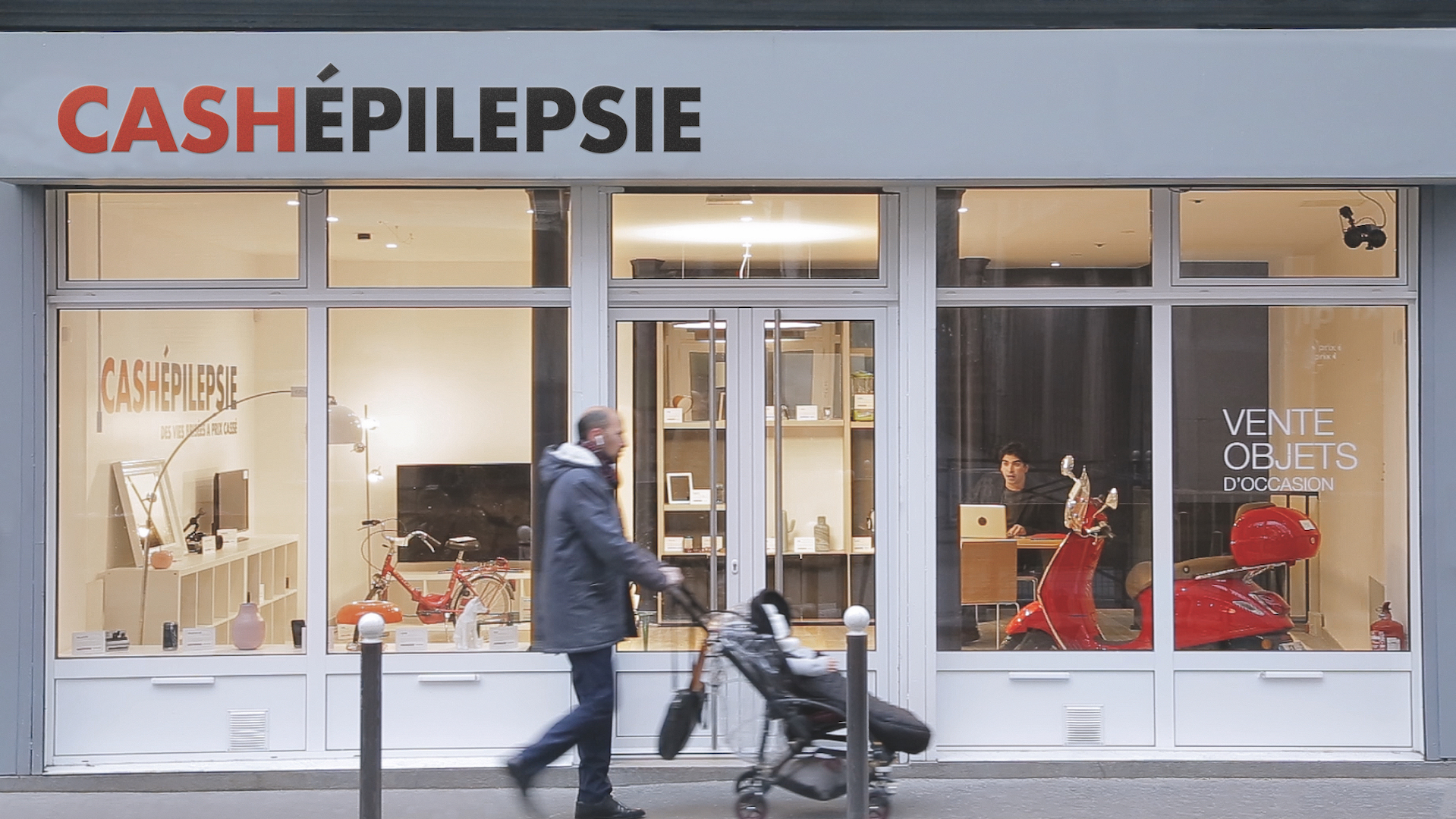 Broken lives at knock down prices 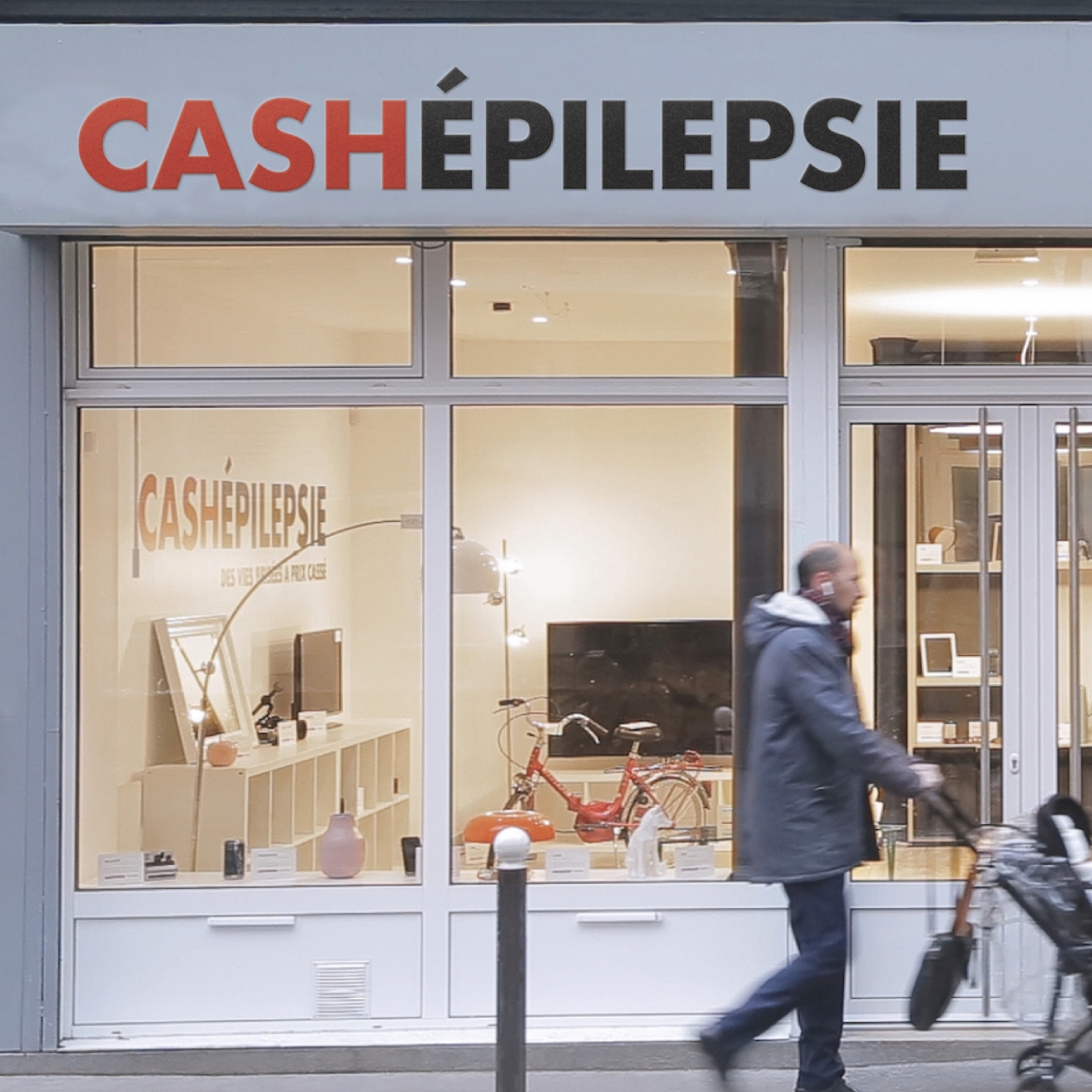 Epileptic seizures are most often accompanied by unpredictable absences and unconsciousness, leading to falls. Depending on the environment in which they occur, these falls can have more or less serious consequences.

"Cash Epilepsy": a fake shop to address a real danger.

To illustrate this little-known reality, the FFRE opened a fake shop in Paris on 30 January, pretending to offer second-hand items for sale for three days at "knock-down prices"... Attracted by these prices, more than forty curious people were surprised to discover that these items had all been broken or damaged by their previous owners, during an epilepsy attack. Potential buyers then discovered the dramatic history of these objects, such as the one of this coffee table broken by Isabelle, 45 years old, who fell into it head first during an epileptic seizure. It caused her severe head trauma and fifteen days in the hospital.

The salesperson was then able to raise awareness among "customers" about epilepsy, and explain that in the face of indifference or stigmatization regarding epilepsy and the lack of funding and donations, it was necessary to use a shocking scheme to make such a shop never exist.